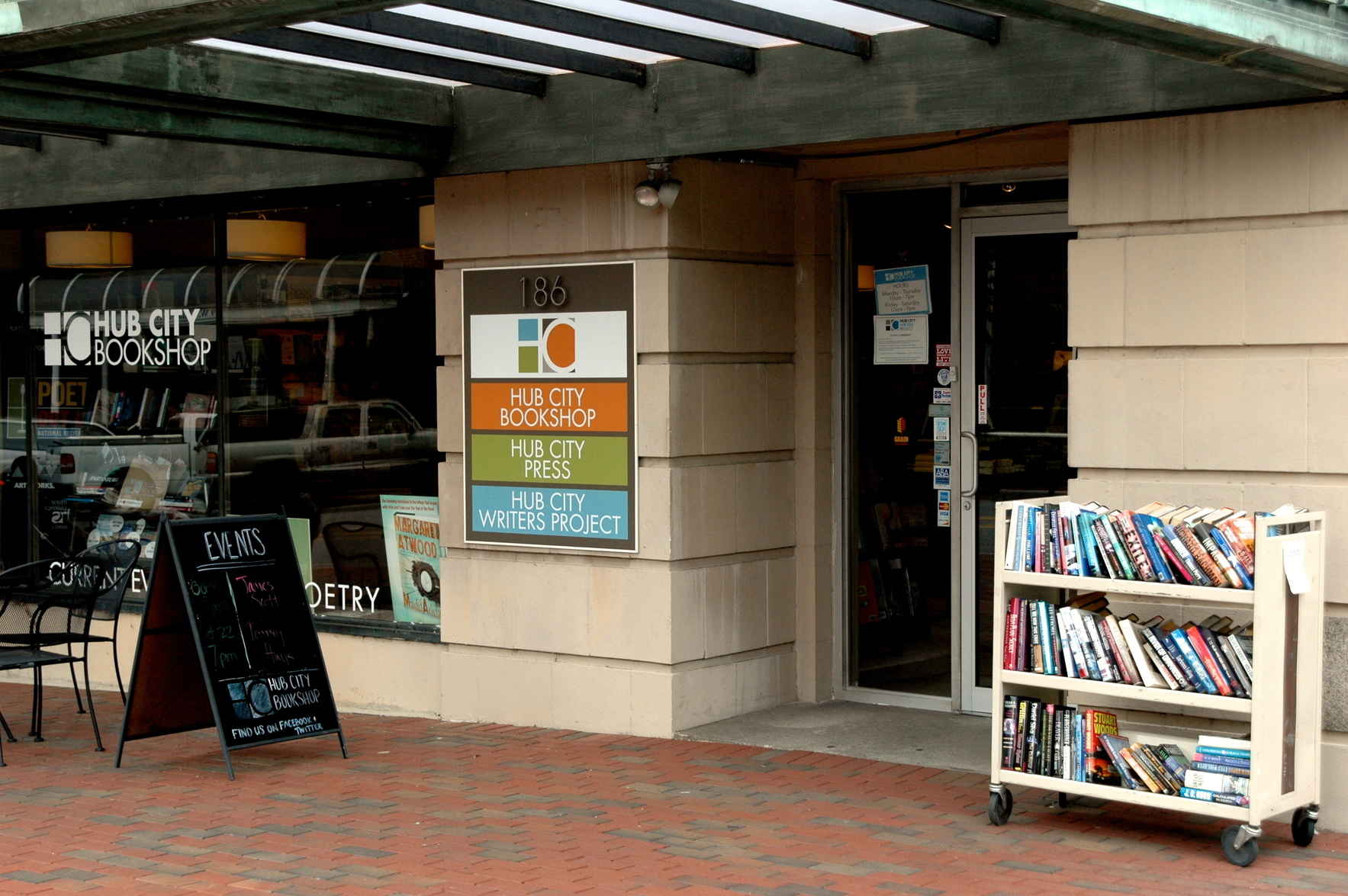 Support Hub City Writers Project's mission to nurture writers and cultivate readers in Spartanburg and across the Southeast.

Over the last two decades, the Hub City Writers Project has become the South's premier literary organization through its independent press, community bookshop, and diverse literary programming. Based in Spartanburg, South Carolina, Hub City champions and supports Southern writers at every level and seeks to bring stories of Southern experience to a national audience. Hub City also provides educational scholarships, a national residency program, a book drive that places 4,000 books in low-income local homes, and hosts about 100 readings, workshops, and other public events each year. Many of these events take place in the Hub City Bookshop, opened in 2010 and recently named by Southern Living as "One of the South's Best Bookstores."

Hub City Writers Project began as a press, and that remains our heart and soul. We publish six to ten books each year, and our titles are distributed nationally by Publishers Group West. Hub City Press has since grown to have a formidable national and international presence. Hub City's recent successes include multiple Kirkus Best Books of the Year and NPR Best Books of the Year, coverage in The New York Times, The Wall Street Journal, and the Los Angeles Times, and magazines like The New Yorker, Entertainment Weekly, O, The Oprah Magazine, and many others. One of only three book publishers in the South funded by the National Endowment for the Arts, we are distributed to the trade by Publishers Group West. Recent Hub City novels have been translated into French, Italian, Czech, Vietnamese, Korean, and German. Our books have appeared on the Indie Next List, as well as been finalists and won the PEN/Voekler Award, the Southern Book Prize, Crooks Corner Prize, the Thomas Wolfe Prize, and the Center for Fiction First Novel Prize.

Whatever amount, whatever frequency you can give, your generosity will help Hub City Writers Project continue to nurture writers and cultivate readers here in Spartanburg and across the entire South.

Become a member of the Hub City Writers Project by supporting our organization with your tax-deductible donation. Our basic $30 membership provides discounts of 10-25% on all merchandise in the Hub City Bookshop, as well as discounts on our workshops and conferences.

The deadline to donate and be included in the book is June 15. These books will be delivered to you in late fall 2022, in time for Christmas!